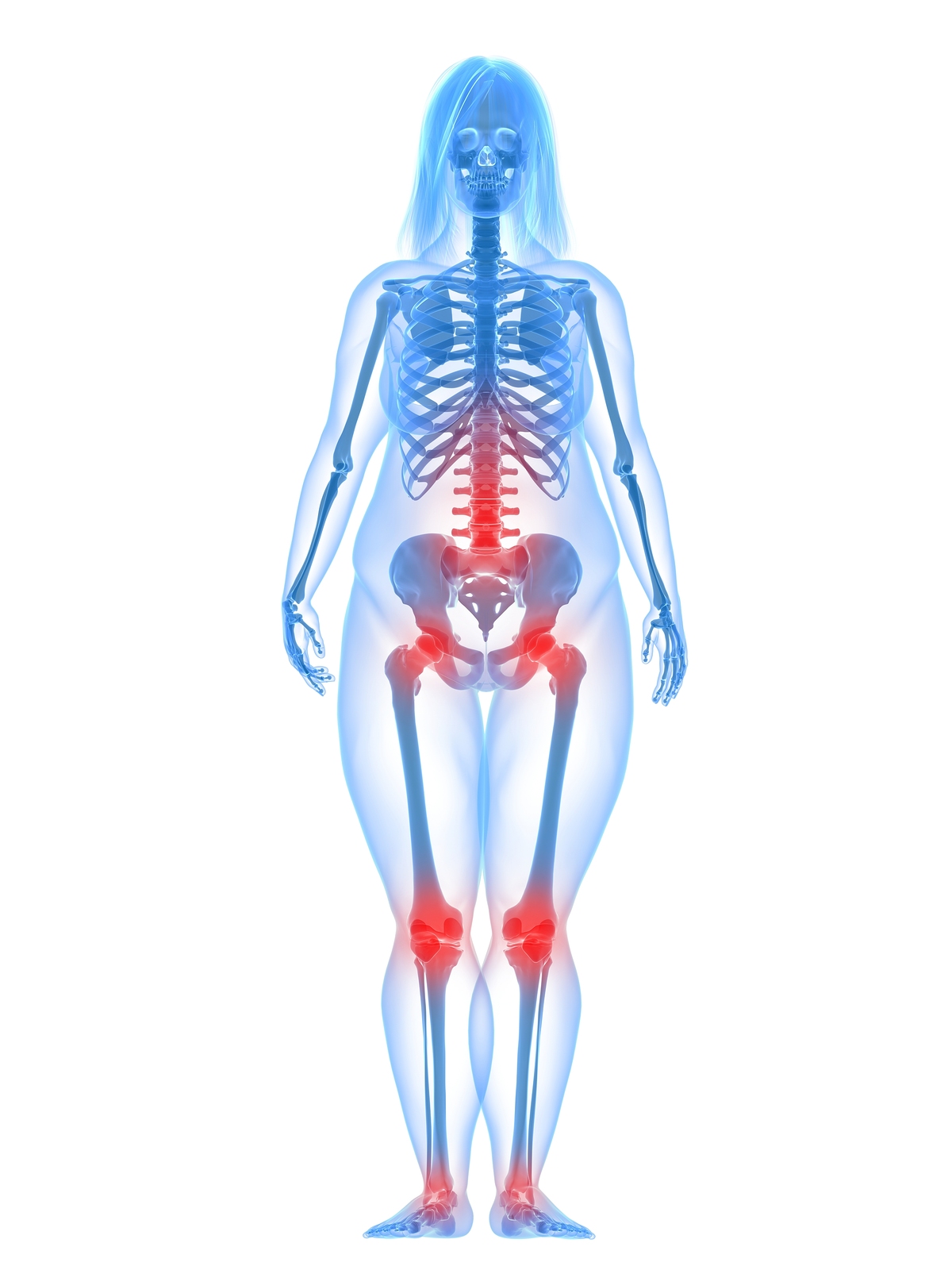 A new study conducted in Canada has found that obesity could be linked to a higher rate of arthritis, which could also explain why a higher number of younger people are suffering from the painful condition.

The Express reported on the research, which was conducted by scientists at the University of Toronto, who examined data from over 8,000 participants in the Canadian longitudinal national population health survey.

By splitting them into four birth groups, ranging from those born during World War 2 to so-called Generation X (those born in the late 1960s and early 70s), they have been able to look at generational differences as well as lifestyle issues.

The researchers found that those in younger generations were at a higher risk of developing arthritis, as well as noting that those who were obese were more likely to develop the condition.

She added that those who were classed as severely obese were 2.5 times more likely to suffer from arthritis than those of a normal weight. Smoking was another risk factor that was found to increase the likelihood of people developing arthritis.

Last month, Arthritis Research UK highlighted a study which found that men with rheumatoid arthritis also have mental struggles with the condition that women don’t share.

The research by the University of the West of England revealed that men often find the condition challenges their perception of their own masculinity, and can leave them feeling powerless.

If you suffer from arthritis, you should make everyday tasks in your home as easy as possible. This could include fitting a walk in bath to make it easier and less painful for you to bathe.