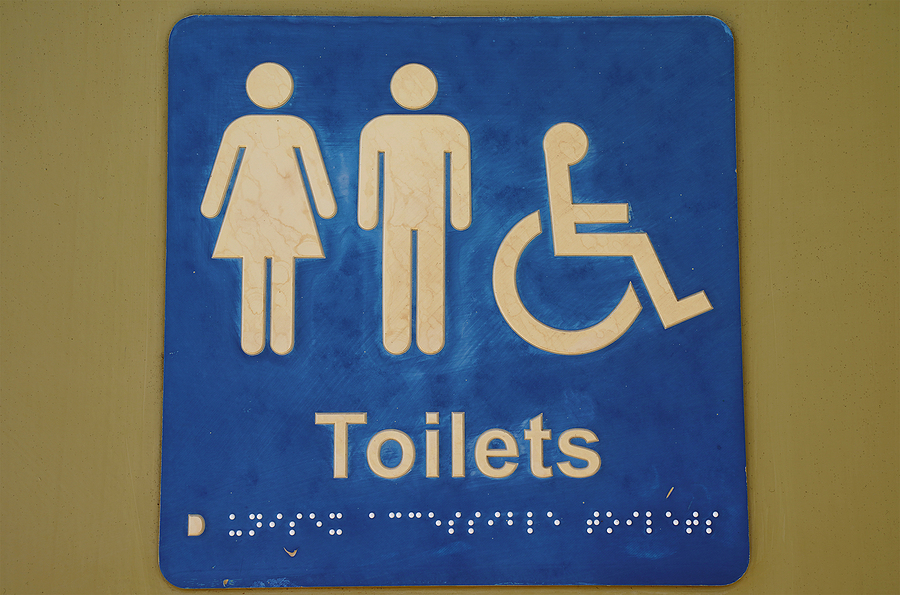 Swale council in Kent is displaying new public toilet signs to tackle the misunderstanding around invisible disabilities. In response to a nationwide campaign started by Crohn’s and Colitis UK, 11 toilet signs on the Isle of Sheppey and in Sittingbourne and Faversham have been replaced, according to Kent Online.

The new signs include a picture of a male, female, and wheelchair user, and the words: ‘Not every disability is visible.’ They have been placed in public carparks, libraries, parks, and tourist attractions around the area.

Cabinet member Cllr Angela Harrison said: “Crohn’s and Colitis are lifelong diseases of the gut that effect an estimated 500,000 people in the UK, and more than 50 per cent of these have had a negative experience using an accessible toilet. We hope these new signs will create an accessible space for those living with any invisible disabilities.”

Sarah Hollobone, Crohn’s & Colitis UK campaigns manager, welcomed the move by Swale council. She points out the need to challenge perceptions about what disability looks like, adding that one in two people living with Chron’s or Colitis have reported a negative experience when trying to use a disabled toilet.

The charity claims that 83% of their supporters feel more comfortable when visiting places which have the inclusive signs installed. Their mission was originally inspired by the young campaigner Grace Warnock in 2016. Since then, nearly 2,500 branches of the UK’s five biggest supermarkets have changed their toilet signs.

Being confronted about their reasons for using a disabled toilet is a major source of anxiety for people living with Chron’s or Colitis. A survey by the charity reveals that one in two respondents had received negative comments for using accessible toilets, and 29% have been refused access to the facilities because their disease isn’t visible.

The charity is working to raise public understanding and awareness of the condition, and improve the quality of life for those living with the disease.

If you are looking for a walk in shower bath, get in touch today to see how we can help.